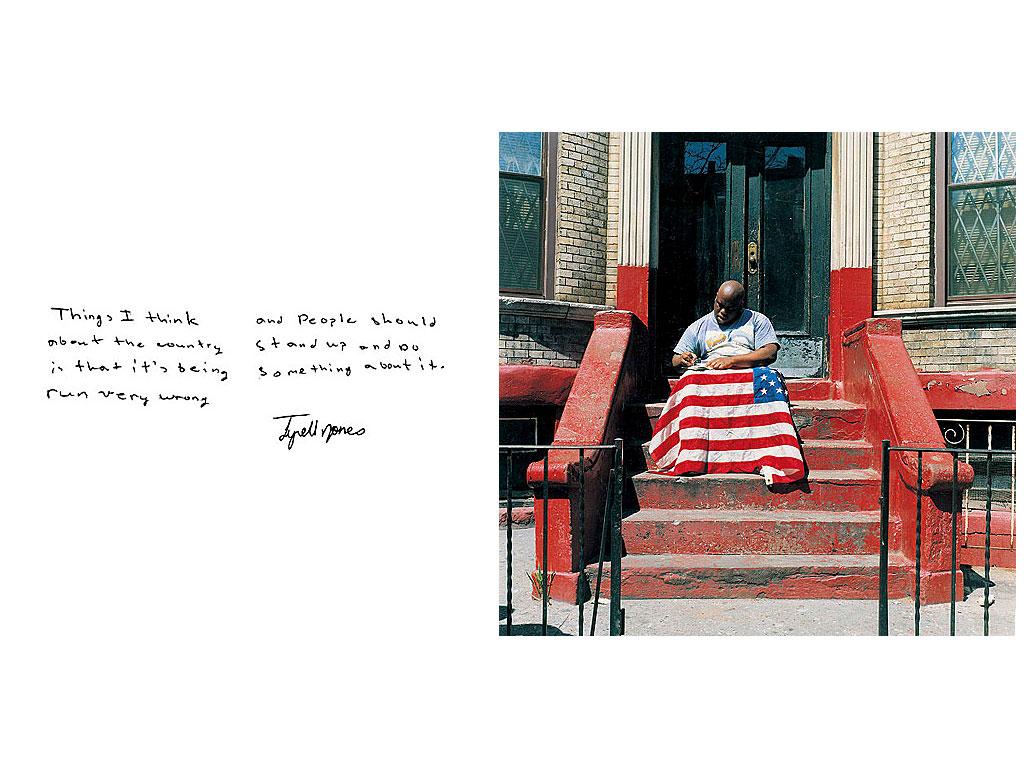 I hope this email finds you well. An exhibition of my Flag series is on display at the Minneapolis College of Art and Design March 26 - May 9, 2021.

The exhibition consists of portraits of people posing with the American flag and their handwritten comments about how they view America. The series was produced in nine countries and the exhibition includes photographs, a sketchbook containing the handwritten comments, language translations, the American flag used throughout the series, and two short documentary films: Flag International and In the Frame.

I conceived and started shooting the Flag series in Minneapolis during my last year of college. At that time I lived a short distance from where George Floyd would later be murdered by the police. In the aftermath of the murder, a community uprising ensued, the neighborhood was burned down, and worldwide protests erupted in the streets. Now the trial of former police officer Derek Chauvin is being broadcast live on television. Over the weekend another black man, Daunte Wright, was killed by the police in Minnesota.

MCAD is where I began learning my craft as a photographer, storyteller, and activist. South Minneapolis is where I learned the art of civic engagement. I began to develop my artistic eye during the years I lived in Minneapolis. I also gained a sense of timing, purpose, and the courage to engage people on the streets. The skills I acquired during that time have served me over the years and the global miles I have logged.

The Flag series has a continuous life of its own, and the MCAD exhibition is a homecoming. Today, the images and text from the series are more relevant than ever. The topics people wrote about in the Flag books 10 -20 years ago seem to be pulled from recent headlines. People wrote about poverty, divisive politics, gun violence, the death penalty, racism, veterans affairs, immigration, LGBTQ rights, the defense budget, the prison pipeline, and health care being a human right.

“An attempt at interrogating the idea of the American dream, this series meanders through two decades but feels like it could've been shot last year. The image seems to invite viewers to agree or disagree, leaving one wondering about a country that is currently grappling with both its past and future.” - The Star Tribune

Lauri Lyons is a photographer, editor and the Publisher & Editor in Chief of the online publication Nomads Magazine.